District of Columbia Cracking Down on Illegal Fireworks 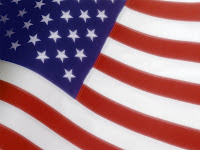 Happy Fourth of July from our Nation's Capital, where half a million residents of this country continue to live without effective representation in Congress. But I digress.

Once again, the neighborhood listservs are lit up with the annual discussions of the pros and cons of firework activity this time of year. Some residents are upset with the noise disturbances while others call the neighborhood fireworks "the best in the city, far better than the display on the mall." I am fairly tolerant of fireworks given all of the other matters competing for attention, but I did feel compelled to call 911 yesterday when two cannon-like explosions erupted with a force loud enough to set off car alarms.

Today's Washington Post reports that a task force has successfully shut down an illegal fireworks distributor, netting 55 boxes of fireworks worth more than $50,000. Ten people were arrested.

What fireworks are legal? According to Fire Chief Dennis L. Rubin, sparklers less than 20 inches long, fountains and cones are okay. But "anything that explodes, cracks, moves, shoots projectiles or sprays sparks higher than one foot is illegal." That summary sounds like 95% of fireworks that will be set off tonight. Rubin suggested that the District might want to ban all fireworks.

For whatever reason, the laws simply have not been an effective deterrent on July 4th. I recall driving up North Capitol Street two years ago and seeing illegal firework activity on every block. Providing security on the Mall, directing traffic, and maintaining order likely compete for police resources.

Two days ago, I was walking on S Street N.W. when I was approached by a girl, approximately 14 years old. "Do you believe in fireworks" she asked. "I believe they exist," I replied. "Do you want to buy some?" she asked, referring to types banned in D.C. We should figure out how to guide that entrepreneurial spirit in our young people towards positive ends.

For what it is worth, the following is information from the article stating how residents can report firework activity:

The task force will continue working in the District today and will have 30 police recruits patrolling neighborhoods. The group encourages people to report illegal fireworks activity by calling the fire department's tip line at 202-321-2653. Callers are guaranteed anonymity.